Letting Go of What No Longer Serves You

Acupuncture theory is largely based on a study of natural cycles, on a macro and micro scale; the cycles of life – birth, growth, maturity, decline and death are mirrored in the cycles of the seasons. The seasons represent internal processes and emotions that we as living beings cycle through, as well.

We are now in autumn, the part of the yearly cycle that sees a decline in plant growth and return to darker days. During this time we may feel within ourselves a dip in energy that comes with the shorter days and longer nights. In traditional agrarian cultures, humans stocked food stores in autumn in preparation for long, unpredictable winters.

In Chinese medicine, autumn is also associated among other things with “letting go”. The trees illustrate this beautifully, for as the sun’s diminishing rays slow the production of chlorophyll, they change colors and fall to the earth. Autumn in Chinese medicine is also associated with bodily organs which function, in part, to let go of waste – the lungs, as they release carbon dioxide, and the colon which releases food waste.

One practice that may help us be in tune with the energy of this season is taking stock of what is no longer serving us, and seeing if we can manage to let that go.

It doesn’t have to be material things that we let go of (though no one can deny the joys of donating unwanted clothes – hat tip Marie Kondo’s The Life-Changing Magic of Tidying). It could be a limiting narrative you have about someone – i.e. “So and so is always doing x!” – or something you are doing that isn’t working for you, for example; too much time on your phone, not enough time engaging with the people around you. 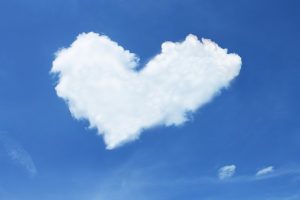 What is your “story” about a given situation? Is that story really the truth, and is there another way of looking at the situation that might help you be at more ease with the situation? Separate out the phenomena of what is happening with what you tell yourself about it, and you may be surprised at what possibilities show up.

So, if you are holding on to something – a narrative, or habit that isn’t working for you, could you let it go, and how would life be different for you if you were able to let it go?

Emily sees patients in our Timonium location on:

Emily is in network with Blue Cross/Blue Shield, Cigna and Aetna plans.

Read more about Emily at https://cloud9acuclinic.com/emily-herman-acupuncturist/

Letting Go of What No Longer Serves You was last modified: October 11th, 2019 by Laura

This article was posted in Uncategorized. Bookmark the permalink. Follow comments with the RSS feed for this post. Both comments and trackbacks are closed.
410-847-4766 Directions Contact/Schedule